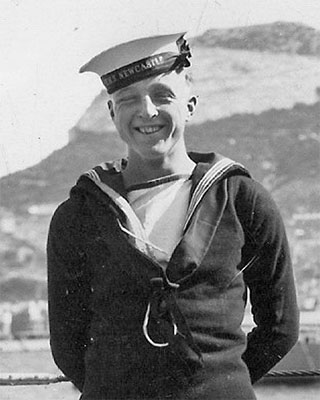 In October 2001, Steve McAllister started emailing me about his grandfather, Alan 'Striker' Goodwin who served on HMS Gambia from December 30, 1949 to September 29, 1952 as an electrician. Steve has kept in contact for for over 20 years and I have used photographs he has sent throughout the site. It's time to bring all the information together and give both Alan and Steve their due.