I should point out that although its official name was HMS Uva, I have never heard of anyone called it that, it has always been referred to as Diyatalawa.

Diyatalawa means "the watered plain" and is situated in the highlands of the Badulla District of Uva Province in southern Sri Lanka. It is around 115 miles east of Colombo, the country's largest city. At an altitude of 4,918 ft it is very much cooler than the lowlands and a welcome respite for the sailors sent there.

In 1879, the Reverend Samuel Langdon and his wife leased a piece of land from the Colonial Government in the then remote Diyatalawa and set up an orphanage, mission house, hospital, chapel and an industrial school.

The early military use of the district has been lost but it is known that around 1885 the British Army established a garrison at Diyatalawa called Imperial Camp. In April 1900, the Langdons were told to leave their settlement and a camp was created in the area for Boer prisoners of war from the Second Boer War (October 11, 1899 — May 31, 1902). It was built to house 2,500 prisoners with 1,000 guards and staff, but by the end of the war, 5,000 Boers were held there. The first batch of prisoners-of-war sent from South Africa to Ceylon arrived at Colombo on August 9, 1900, on the transport ship "Mohawk."

The wooden huts in the above photo measure 150 x 25ft with corrugated iron roofs. Each held 48 prisoners and had electric lighting. The incomplete huts to the left of the photograph were later finished as kitchens. The annoted areas (along the top of the photo, from the left are: railway station, huts for the guards and the Royal Engineer camp. 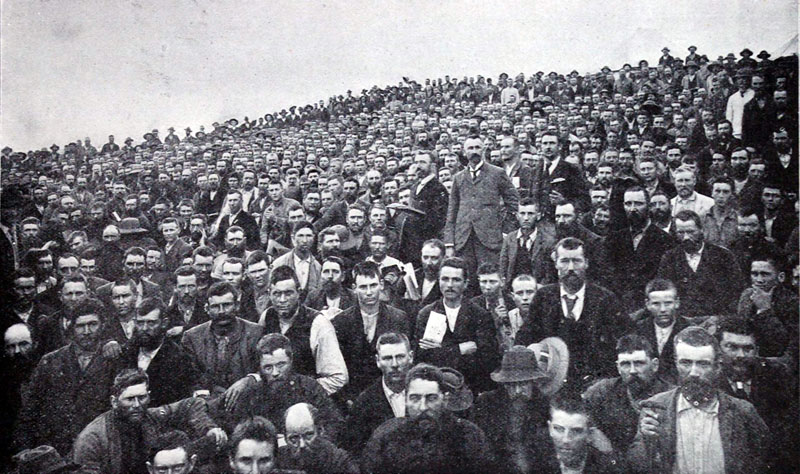 Boer prisoners of war at Diyatalawa in 1901
Photo from Wikimedia. Public Domain

On October 22, 1904 the 2nd Battalion Worcestershire Regiment embarked at Durban and disembarked at Colombo on November 5, 1904. "The battalion spent the next 2 years on Foreign Service in Ceylon. Throughout the years 1905/1906 the 2nd Battalion remained in Ceylon, building up a high standard of efficiency under the able command of Colonel Ingouville-Williams. The Battalion was quartered in Colombo, moving to camp at Diyatalawa among the hills for training and musketry. At Diyatalawa the Battalion by their own effort greatly improved the existing conditions. Among other notable efforts was the construction of a football ground by cutting away a hill-side and filling up a swamp, the work entirely carried out by the labour of the officers and men of the Battalion. Ceylon was a pleasant station, and there were many regrets when in 1906 it was decided to withdraw the British battalion from the garrison; and so on the 16th December 1906 the 2nd Battalion embarked at Colombo, after a few days by sea the battalion disembarked at Bombay on the 19th December 1906. The battalion then made their way to Ahmednagar arriving on the 21st December 1906."

During WWI it was used to hold German prisoners of war and enemy aliens. Early in World War II, the camp was reopened and German nationals resident in Hong Kong and Singapore were imprisoned there, together with a number of Buddhist monks of German extraction. On January 21, 1940 the Japanese liner Asama Maru was stopped by HMS Liverpool and 21 of the ship's German passengers were detained. Nine of these were later returned but the other 12 were taken to Hong Kong and then to the internment camp at Diyatalawa.

In June 1941, most of the sailors were transferred to Canada, others were detained until 1942. The section for Germans were divided into pro and anti-Nazi sections. There was also a section set up to house Italian POWs. After the Japanese started bombing the island, inmates were transferred to camps in India for safety. Males usually went to Dehradun. Officer training was also carried out here during the war. The navy also had a Royal Naval Auxiliary Hospital in the area.

There was another camp near the military ones. Mary Palliser got to Ceylon on the fall of Singapore to the Japanese in 1942, Australian-born Palliser was permitted to set up an R & R camp for service personnel near Pattipola that wasn't as strict or stuffy as the official ones at Bandarawela and Diyatalawa. Her camp had horses and hounds and much else besides. A feisty character, she fell foul of the government when the railway union threatened to strike after she continually intimidated the Pattipola stationmaster. She was deported to Australia, but not before she burnt her camp, shot her animals, and buried cyanide at the base of the trees on her government–owned land. Manik Sandrasagra and Richard Boyle had planned a film of "Bloody Mary" in the early 1970s, but nothing came of it.

After World War II the Royal Navy had a station there, HMS Uva, which were also sometimes used by RAF personnel, such as from RAF Negombo/Katunayake, and their families. Near the rest camp was another at Nuwara Eliya known as Camp Ella or "Little England" where the military had requisitioned hotels for use by servicemen.

In July and August 1939, HMS Gloucester was in dry dock at Colombo for maintenance, the crew were sent to Diyatalawa rest camp. Michael Noonan was a Boy and remembered that "We went in this old smoke-belching train and the clouds covered the hills above us. Eventually we passed through them and after a spectacular journey, with the clouds now beneath us, we arrived at the camp." Sam Dearie was a stoker on HMS Gloucester at the time and would long remember the novelty of being woken up by a servant bringing him tea in the mornings. 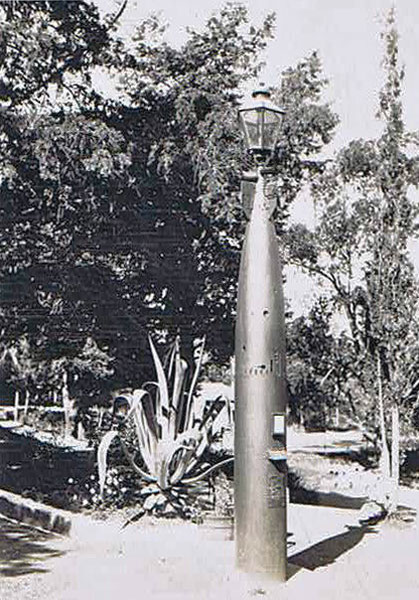 The WWI torpedo used as a postbox and lamp at Diyatalawa

In 1944 Lt Cdr George L. Blackler was a senior officer on the staff of HMS Collingwood, the RN training establishment at Havant for "hostilities only" (HO) ratings of the Seaman Branch but it also ran courses for the training of RN ratings as officers. George Blackler spent his last two years in the Royal Navy, from February 2, 1951 to February 1953 as CO of HMS Uva. 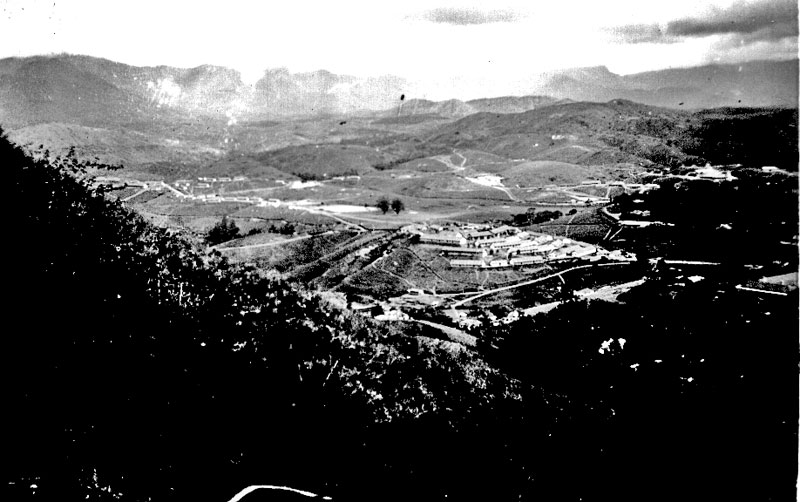 HMS Uva, the rest camp at Diyatalawa, Ceylon in 1951. Photo from my dad's albums. 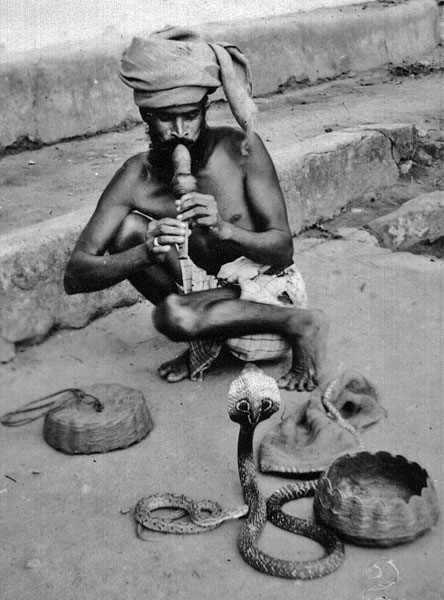 One of the diversions at Diyatalawa, Ceylon in 1951. Photo from my dad's albums. 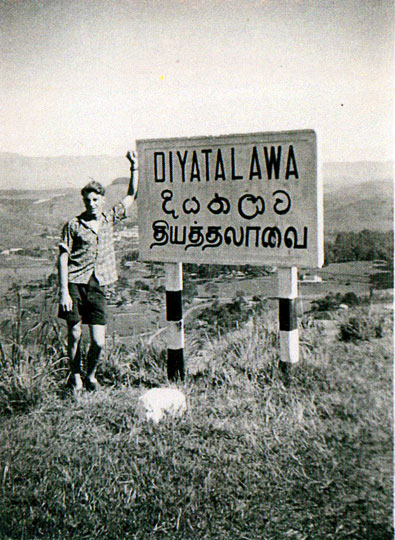 The rest camp at Diyatalawa, Ceylon in September 1955. Photos from Steve Bentley. 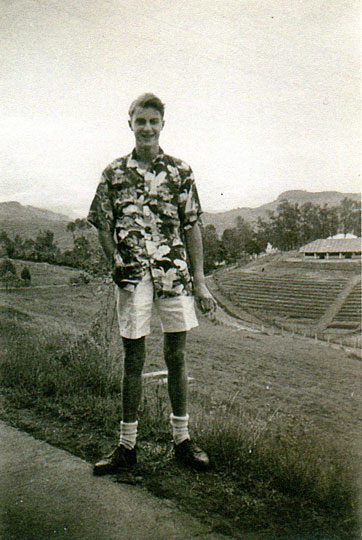 The camp at Diyatalawa was big. In late March 1956, HMS Superb was in dry dock in Colombo and 200 of her crew enjoyed the facilities of the camp for four days. Boxing matches would be organized, team sports were always popular. Tennis courts and a golf course were also available. "The Royal Stag" served beer, at least in 1945.

HMS Gambia's 1955/56 Commission Book says that "Then the glorious ten days at Diyatalawa, with tea in bed; daily dodging the flying golf balls (as many more matelots were playing golf on the same course at the same than should have been possible); walks and a nightly sing-song in the canteen."

The golf seems not to have been played according to the rules. The Commission book goes on to say "No sooner was JET [Joint Exercise Trincomalee] over than the first leave party disappeared to Diyatalawa to embark on for what for many must have been an entirely new sport - golf. Although the Secretary of the Royal and Ancient might not have approved, it was an inspiring and unforgettable sight to see throngs of gaily dressed 'Henry Cottons' fighting their way round the nine-hole course, displaying those qualities so essential to a fighting man - initiative, resource, enterprise and guts. Perhaps, the prize should go to Leading Seaman Yates who, though left handed, battled his way round with only a right handed driver.

Golf was very popular. HMS Loch Fada's crew were at the camp on her 1955/56 commission "where it seemed that everyone knew how to play golf, and was determined - much to the chagrin of the caddies - to complete the course with one club and one ball." 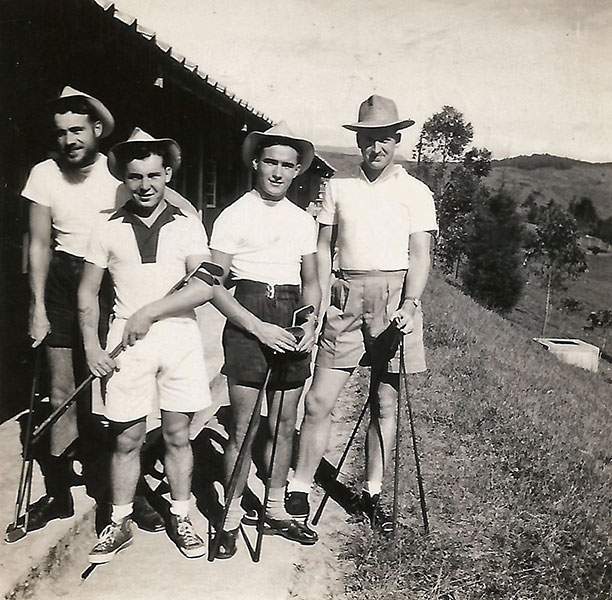 The guys in the photo must have been experienced, almost semi-professional, most of them have 2 and one even has 3 clubs!
Photo very kindly submitted by Amanda Dalton, daughter of Leading Telegraphist John Aire, who was on HMS Gambia for the 1955/56 commission.

John Pedler served on Gambia for the 1954 - 1956 Commission and wrote that he remembers the snakes on the golf course!

It wasn't all fun and games. There were rifle ranges so the crew could take their annual practice and the Royal Marines could practice jungle warfare. HMS Gambia's commission book noted that "Conditions were not very good at times during this period, and it's difficult to try to persuade a young M(E) to point a strange piece of mechanism [a rifle] in the required direction, while a platoon of leeches are doing a forced march up his trouser leg. They took it in good part though, the M(E)'s I mean; and when they got back to camp and de-leached themselves, well, there was always liquid refreshment."